Ready to Go Ductless? Here’s What You Need to Know!

Conventional central air conditioning and heat pump systems force cooled and heated air through ducts. Ductless systems are comprised of a small outdoor compressor and one or more wall-mounted indoor units that deliver air directly into different zones. The outdoor and indoor units are connected by small refrigerant lines that run through a three-inch opening in the wall or ceiling. Remote control operates the indoor unit(s). A ductless system can also be referred to as a split system, multi-split system or split-ductless system.

The Advantages of Ductless Air Conditioning

Energy efficiency and cost savings are among the leading reasons for interest in ductless systems. Being smaller than traditional forced-air systems, they use less power to operate, and their inverter-driven compressors speed up and slow down based on the needs of the system instead of shutting off entirely, like a traditional HVAC compressor does. In addition, zones can be created so that unoccupied rooms do not have to be cooled or heated. 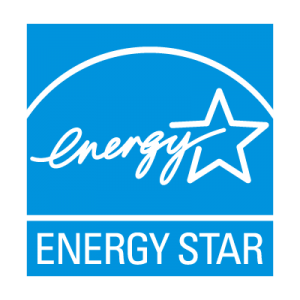 According to ENERGY STAR®, about 20 to 30 percent of the air that moves through a home’s duct system is lost due to leaks, holes and poorly connected ducts. The result is higher utility bills and difficulty keeping the house comfortable. Installing an ENERGY STAR ductless model can save up to 30 percent on cooling and heating costs for the space, and may also qualify you for a federal tax credit – as well as local utility incentives.

One more significant advantage: Ductless systems use R410A – a refrigerant that is known for its zero ozone depletion potential, which means the system will have less environmental impact throughout its lifecycle.

• New additions – avoiding the expense of running ductwork into a newly constructed room.

• Temperature zoning – rooms can be kept at different temperatures, depending on occupant preference.

• Adding air conditioning to a house with no existing ductwork – allows replacement of energy-inefficient, unaesthetic window units without the expense of a major retrofit.

• Some factors can weigh against choosing a ductless system, including the following:Higher up-front costs, especially when replacing window units. Although less expensive than retrofitting with a central air conditioning or heat pump system, the cost is still greater than if just buying new window units. However, it can be worth the extra expense if you’re planning to sell your house, as many of today’s homebuyers consider window units unattractive and a potential deal-breaker.

• Additional maintenance. Each unit’s filter requires washing on a monthly basis (even more frequently if you have pets or smoke indoors). Unlike a central air conditioning or heat pump system, the filter cannot be replaced. If you have a busy schedule, lack the physical ability to perform this kind of maintenance or simply don’t want to, a ductless system may not be the right solution.

• Aesthetic issues. While the wall unit’s design is typically streamline, with white or beige standard, it may not fit in with a traditional interior design style, or if installed in a very old home. However, many homeowners have reported they quickly become so accustomed to the unit that it no longer has a negative visual impact.

Thank (or blame) the abundance of house flipping and remodeling shows on cable TV channels for inspiring so many homeowners to tackle projects themselves. However, as easy as it may seem, installing a ductless system is not a DIY project. Attempting it yourself could lead to numerous serious issues and void the warranty.

If you want to learn more about ductless systems – or have already decided to install one – our HVAC professionals at Air & Aero Heating and Cooling will be happy to help you choose the brand and configuration that best suits your needs. Call us today at 407-710-7168 or email at contact@airaerohvac.com.